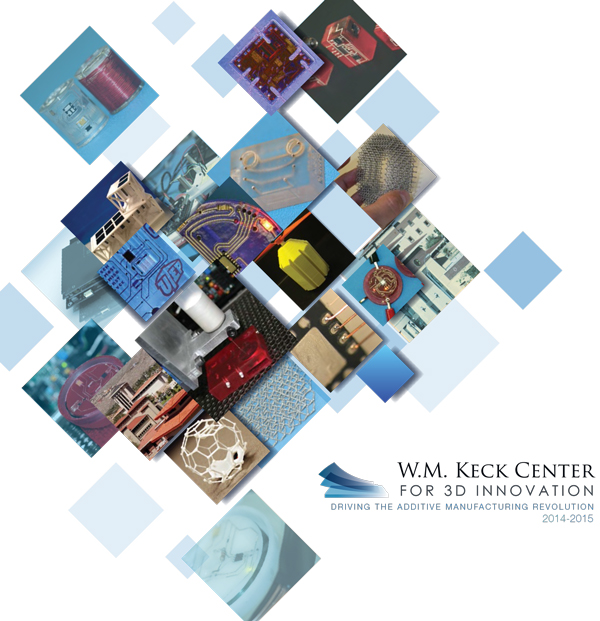 Who: America Makes representative and UTEP engineering students and researchers

What: $2.2 million project kickoff and presentation of next generation 3-D printer for aerospace systems

America Makes and Lockheed Martin Corp. representatives will be on campus to kick off UTEP-led research to design the next generation 3-D printer for aerospace systems.

Their presentation will include an animation of the printer and what it will be able to do.

Members of the media also will have the opportunity to view a first generation 3-D printer, which is housed in the College of Engineering. UTEP students involved with the America Makes project will be available for interviews.

In January 2014, America Makes, the National Additive Manufacturing Innovation Institute – a presidential initiative on manufacturing – awarded a team of university and corporate partners a grant to further 3-D printing technologies for rapid manufacturing of aerospace systems.

Researchers will focus on creating an additive manufacturing printing system, or 3-D printer, that can fabricate multi-material aerospace components with multi-functional purposes.

The machine will not only be able to print multiple materials using a series of 3-D printers, but will become a manufacturing suite all on its own – with abilities like micromachining, robotic placement of electronic components, and the ability to connect electronic components with wiring.

The team’s ultimate goal is to manufacture unmanned aerial vehicles and satellites and test them in the harsh environments of air and space.

President Barack Obama envisioned a network of institutes like America Makes in 2012 in order to revitalize manufacturing in the United States.