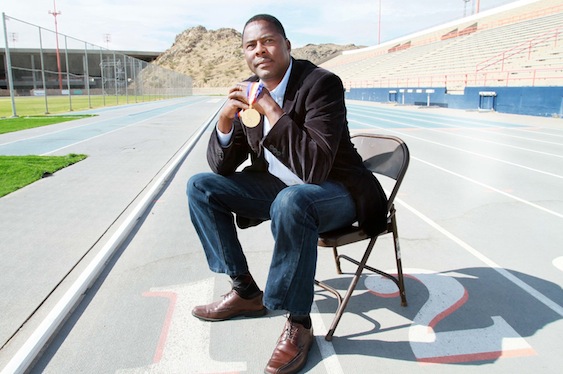 Twenty-five years ago, in the megacity of Seoul, South Korea, his long, lean legs hurtled him past the world’s leading runners and across the bright white finish line of the men’s 800-meter Olympic finale. In one minute and 43.45 seconds, he earned a coveted gold medal and became an Olympian.

But the magnitude of the moment was quickly diminished when announcers Frank Shorter and Charlie Jones of NBC television mistook 21-year-old Ereng for his teammate, and Jones announced Nixon Kiprotich as the Olympic champion. It was only after Shorter had recapped the slow-motion finish using the wrong name that the announcers recognized their mistake and Jones declared, “We have blown this call. Gentlemen, we were wrong. That is Paul Ereng of Kenya, NCAA champion, University of Virginia.”

“That was one of the greatest moments in my life,” Ereng said quietly. “But when they started talking like that — that I was the surprise winner — it took away from the whole moment. It was as if they were saying I had only won by luck.”

Determined to prove otherwise, he eyed the next world championships in Budapest, Hungary to show he was there to stay. Less than a year later in the “Heart of Europe,” Ereng once more flew past former champions, setting a new world record while he was at it.

“I wasn’t an enigma anymore,” he said proudly. “I held that record for nine years, validating that I was not a fluke.”

Today, Ereng coaches aspiring track and cross country stars at The University of Texas at El Paso, though few know of his prominent past.

Anthony Rotich, a sophomore civil engineer who specializes in an athletic obstacle race known as steeplechase, found out only after he had been offered a scholarship to UTEP.

“My mentor back at home in Kenya told me, ‘You could have the best coach there; he’s a world record holder,’” Rotich said with a grin on his face. “The first thing that came to my mind was that this was a great opportunity for me. Most people only dream of having such a coach.”

Even though the slender young man looks as though he might fly off the track on a windy day, Rotich’s size makes him quick on his feet. Rotich recently won the national championship in steeplechase with the eighth fastest time ever recorded and was subsequently named the Conference USA Outdoor Track Athlete of the Year in June and Male Cross Country Athlete of the Year this month for the second year in a row.

Ereng sees great potential in the steeplechaser who aspires to follow in his footsteps and win an Olympic medal.

Unlike Rotich, most student athletes don’t usually talk about aspiring to be Olympians, Ereng said.

“Many students deny themselves a chance of getting somewhere,” he said. “Athletes need to have more confidence and support. They can’t rule themselves out. You can do whatever you put your mind to.”

When he won gold in 1988, Ereng did so in spite of running in last place for most of the race.

“Even though I didn’t have experience, I knew my abilities, my strengths and my weaknesses,” he said. “I knew I was faster than most of the runners and made a decision to run faster to see if I could win.”

But becoming an Olympic champion requires more than just talent. Athletes need a good support system, a plan and most importantly, confidence, the coach said.

“This isn’t something that someone can suggest for you. You’re the one who has to make the decision to not rule yourself out.”

Rotich is doing just that; he’s eyeing the 2016 Olympic Games.

But until then, he plans to learn all he can from his Olympic coach, who is “the best person” to teach him how to succeed.