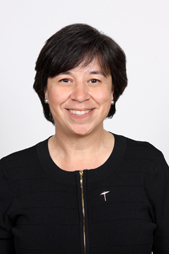 Mexican migrant women are the largest and fastest-growing migrant group in the United States, according to the Pew Hispanic Center. As such, access to family planning and reproductive health services for this population is critical.

Eva Moya, Ph.D., an assistant professor of social work at The University of Texas at El Paso, is studying the sexual and reproductive health needs of migrant women to identify strategies and approaches that can be used to improve access to services, and to examine the influences on health-seeking behaviors of migrant women.

Moya was awarded a $40,000 grant by PIMSA (Programa de Investigación en Migración y Salud) from the Health Initiative of the Americas (HIA) at the University of California, Berkeley, to fund the 12-month study titled, “The Sexual and Reproductive Health of Mexican Migrant Women in Ciudad Juárez, Guadalajara, Mexico, and El Paso, Texas.”

In El Paso, participants will be recruited from different organizations such as the Mexican Consulate, the Diocesan Migrant and Refugee Services women’s support groups, University Medical Center’s Women’s Health Services, and other health care centers.

In Guadalajara, women will come from the Universidad de Guadalajara Servicios Medicos, community health centers such as the Centros de Salud en Zapopan, and community initiatives that work with migrant and indigenous communities, like the Fundación Mexicana para la Planificación Familiar, A.C., or MEXFAM.

Key informants also will be recruited by the research assistants through health centers, clinics, universities, or other health institutions.

According to Moya, Guadalajara and Juárez were selected as study sites because of the migration and mobility of women in the two cities, the strong partnerships that UTEP has already established in these two locations, and Guadalajara’s track record with sexual and reproductive health education in Mexico.

While preparing for the study, Moya found that migrant populations in Guadalajara, Juárez and El Paso share common characteristics such as poverty, health disparities and deficits of public services, day care centers, health services, hospitals, schools and public spaces. As a result, migrant and indigenous women have a more difficult time accessing sexual and reproductive health services, as well as getting an early diagnosis of an illness and appropriate treatment.