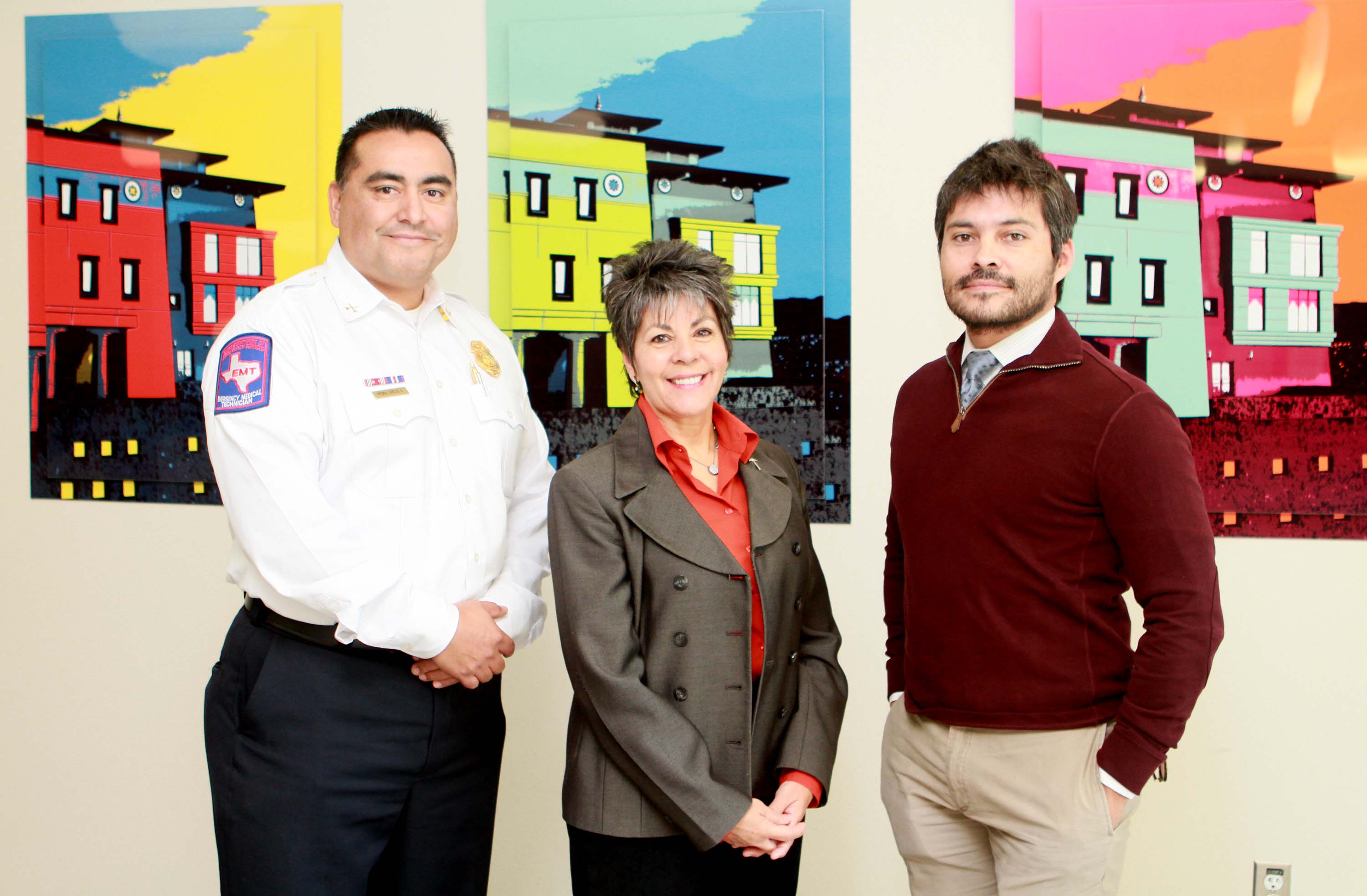 During her 18-year career as a nurse practitioner, Guillermina Solis, Ph.D., has seen the devastating effects a fall can have on an older adult’s health and independence.

Solis remembers treating a patient in her 80s whose life was turned upside down after she fell in her home and fractured her hip.

“She was mobile and she was living independently,” said Solis, an assistant professor at UTEP’s School of Nursing who sees patients in her private practice. “Now she cannot move. She has deteriorated so badly. Suddenly she can no longer live by herself and she has to live with her family. The house has to be made handicap accessible.”

Motivated by her patients’ experiences, Solis is investigating fall risk factors to protect older adults from the life-altering consequences of falls.

The clinician was recently awarded $5,000 from the University Research Institute (URI) to fund her study on the “Spatial Distribution of Falls in Older Adults Living in El Paso, Texas.”

She is the first recipient from the School of Nursing to receive a URI grant and one of nine faculty members at UTEP that received the award for the 2013-14 fiscal year.

With help from Hector Olvera, Ph.D., a research assistant professor at UTEP’s Center for Environmental Resource Management and the study’s co-investigator, Solis is analyzing data collected by the El Paso Fire Department (EPFD) on falls-related calls to which the department responded in 2012.

The goal is to investigate the health, environmental and social demographic factors putting older adults at risk of falling and injuring themselves.

“Dr. Solis’s research could identify target areas of the city where a problem might be evident,” said Carlos Piedra, battalion chief and custodian of records with the El Paso Fire Department’s Operations Research Program, which provided Solis with the data. “We are hoping that her research leads to future proactive programs or services for the elderly population of our community rather than reactive services.”

According to the fire department data, the department responded to 2,945 calls regarding falls last year. More than half of those calls, or 1,487, involved adults age 65 or older.

“It’s exciting because we’re doing several things,” Solis said. “We are actually looking at things that are happening in the community. We are collaborating with the El Paso Fire Department and we are collaborating among two disciplines (nursing and engineering).”

To analyze the data, Olvera will use geo-mapping to help Solis identify variables in different zip codes in El Paso that may contribute to falls.

They will look at age, gender, the time of day the fall occurred and the circumstances surrounding the fall. Researchers also will use information from the census in El Paso to look at social demographic factors that may be influencing falls, such as income levels, the size and age of the home, and the conditions of the neighborhoods, including streets and lighting.

“The other thing that happens because you have limited income, the upkeep of the neighborhoods may not be at its best,” Solis said.

Olvera, an environmental health engineer, will examine if areas with high pollution levels are putting the elderly population at risk of falling.

“There have been some studies that link pollution to changes in the mind and in the memory,” Solis said.

The collaboration between Solis and Olvera has provided the researchers an opportunity to look at the environmental risk factors that impact health in the region by bringing nursing and engineering together.

“(Nurses are) educating patients on all the known health risks, but there are also environmental risks that patients should be told to avoid,” said Olvera, a member of the Hispanic Health Disparities Research Center (HHDRC) at UTEP. “I think our nurses would be better prepared if they also understand this part of the problem.”

The URI award, which is given to junior faculty members to assist with their research initiatives. The award will allow her to build on her research, which she hopes will lead her to create fall prevention programs.

Solis has participated in two other falls studies at UTEP. She is an active member of the University’s Fall Prevention Research Coalition. This summer, Solis implemented a fall prevention program for women ages 55 and older in El Paso County with a grant from the U.S. Department of Health and Human Services Office on Women’s Health.

“Falls are one of the most burdensome problems for older adults but they’re preventable,” Solis said. “There are so many things that influence falls and there’s very little known about what happens with Hispanics who are actually living longer. As they get older they get physically debilitated so we’re trying to find what is it that we can do to bring awareness and decrease the impact of falls.”