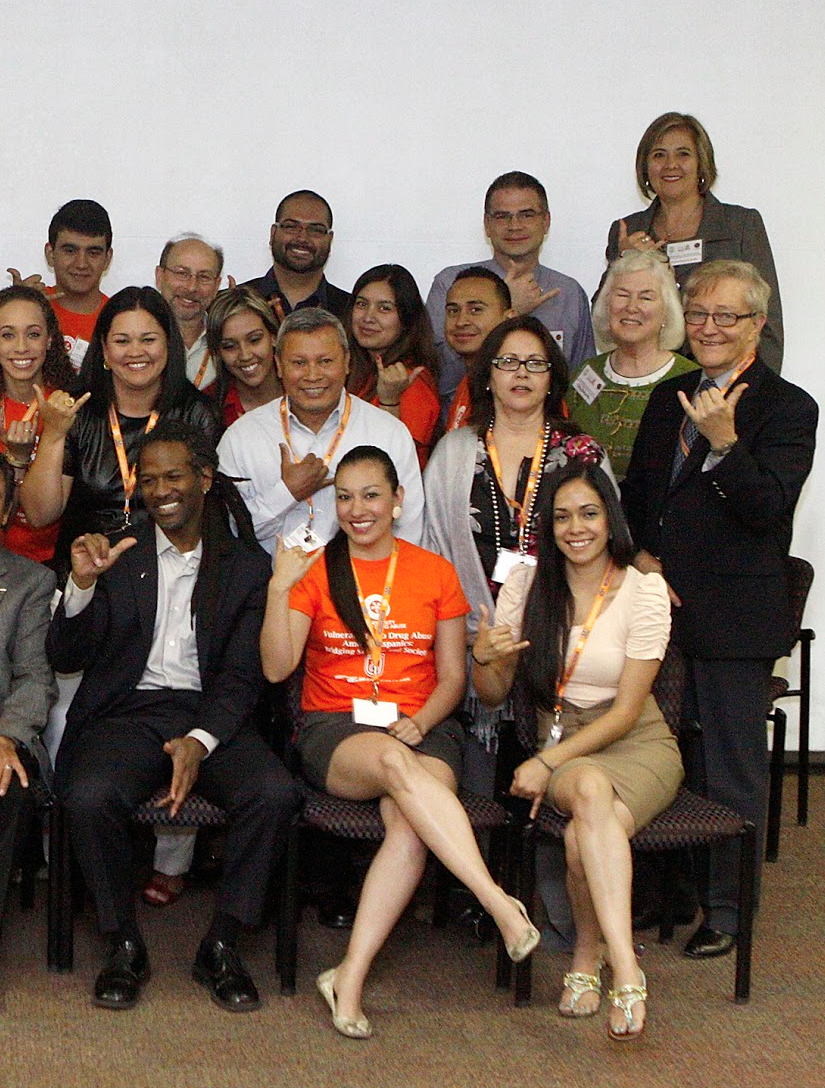 Editor’s note: This is the fifth story in a series highlighting a few of the interdisciplinary research projects at UTEP making an impact in the community, across the region and around the globe.

The richness of UTEP’s VIDA Project is proving to have far-reaching benefits not just for the University’s faculty and students, but also for the local community and academia beyond this campus.

The Vulnerability Issues in Drug Abuse (VIDA) Project was formulated as the result of an effort between Psychology Professor Edward Castañeda, Ph.D., and Vice President of Research Roberto Osegueda, Ph.D. Upon Castañeda’s appointment as the chair of the psychology department, Osegueda asked him to create a multidisciplinary research training program focused on substance abuse issues unique to the U.S.–Mexico border. Castañeda’s call to the entire campus resulted in a core group of 11 faculty members who were interested in participating.

A grant application for the program utilitzed resources from the Office of Research and Sponsored Projects (ORSP), including Proposal Development Specialist Malu Picard-Ami and then-associate Vice President of Research Ann Q. Gates, Ph.D. In March 2011, the project was awarded more than $2 million by the National Institutes of Health (NIH) and its National Institute on Drug Abuse (NIDA).

“I really believe that what made this effort successful was the fact that we acted as a team,” Castañeda said. “Everybody was given an opportunity to be heard and we tried to include everybody’s interest into the structure of the proposal. As a result, we came up with a multidisciplinary set of projects that addressed the core of everybody’s interest.”

VIDA’s main neuroscience project and pilot projects serve as platforms for research experiments in which faculty and students who have never participated in substance abuse research can “get their hands dirty in the actual conduct of research,” Castañeda said.

“Dr. Castañeda worked hard to develop a cohesive team that had the opportunity of conducting research on drug abuse and addiction that cut across boundaries in novel ways,” said Cohn, a professor of psychology whose research has focused on risk perception, risk taking and risk communication. VIDA gave him an opportunity to expand his focus to include drug abuse while collaborating with languages and linguistics professor Amastae.

One of the first collaborators to sign up with the VIDA project, O’Dell believes in the importance of studying how different factors contribute to drug use in the local community.

“This is an important first step toward tackling this problem that has crippled this community for many years,” she said. “Importantly, we are also conducting research with students asking important questions that will improve their community.”

One of VIDA’s goals is to contribute to UTEP becoming a national research (Tier One) university while it works to establish a world-class substance abuse research center focusing on the unique opportunities presented by the University’s location.

A significant aspect of the project is the hands-on research and career-oriented opportunities it provides UTEP students. Its funding creates training workshops for participating students and brings in leaders in substance abuse research with whom students can have discussions while also developing a network for students to tap into for advanced training and future professional advancement.

Students who have a vested interest in serving the Paso del Norte community come to understand how living within one’s research pool adds a reality well beyond what is learned in the classroom. Participating faculty also are passionate about creating opportunities for students who are mostly likely to be first-generation college attendees and may have never known that research can be a career option. Perhaps most significantly, these students are working on U.S.–Mexico border issues that have largely been ignored by mainstream research.

Doctoral candidate in biological sciences Christina Darcy is aiming for a career in instruction, education and outreach to advance the bridge between the general and scientific communities. She has been investigating the neuroscience behind addiction, finding out how stress may play a role as a risk factor, alongside mentor Kristen Gosselink, who is an assistant professor of biological sciences. In addition to a mentorship she calls “invaluable,” Darcy credits VIDA’s multidisciplinary approach with helping to prevent her from becoming too narrowly focused within her research.

“The ability to interact with multiple faculty and students has brought many fresh perspectives to my work, and has contributed to not only seeing the bigger picture, but also has assisted in troubleshooting, and perhaps most importantly, has prevented me from becoming discouraged with my work,” Darcy said.

Assistant Professor of Public Health Sciences Oralia Loza helped resubmit the grant to the NIH-NIDA for additional funding. This marked her introduction into the VIDA effort, where she applied her research expertise in HIV and Hepatitis C virus epidemiology among vulnerable populations.

She has gone on to mentor undergraduate and graduate students in research methods that include literature reviews, questionnaire development, data collection, database management and statistical analysis.

“Some have based their theses work on the data from VIDA supported projects,” Loza said. “Practical research experience is a valuable way to learn about research as a field and practice.”

The VIDA project also presents an annual conference as part its continuing outreach to both the academic and lay communities. This May, the 2014 conference was held in UTEP’s Tomás Rivera Conference Center, giving project participants, community partners and attendees representing the general public the chance to discuss addiction, neuroscience and the poverty-based addiction work of keynote speaker Carl Hart, Ph.D., professor in Columbia University’s psychology department and the author of the best-selling book High Price.

Castañeda describes the VIDA project as “just getting started,” but is excited by all it has accomplished so far. Loza agrees that the project has fostered much-needed conversations and connections in the El Paso–Juárez region. Results of VIDA’s first supported study were presented locally to agencies including substance abuse treatment provider Aliviane, Inc. and El Cereso Prison in Juárez, as well as nationally and internationally at scientific conferences.

“I am highly appreciative of all the opportunities the VIDA project offers its students,” Ortega said. “It is highly satisfying to recognize that all the hard work and time being spent in the lab is to provide new answers and a better understanding to an issue as important as drug addiction.”

Darcy added, “The idea of contributing a part of a greater whole is surprisingly motivating. It makes me realize that we are truly a community of minds striving to improve on a problem that plagues society, regardless of any human-devised notions of boundaries and nations.”